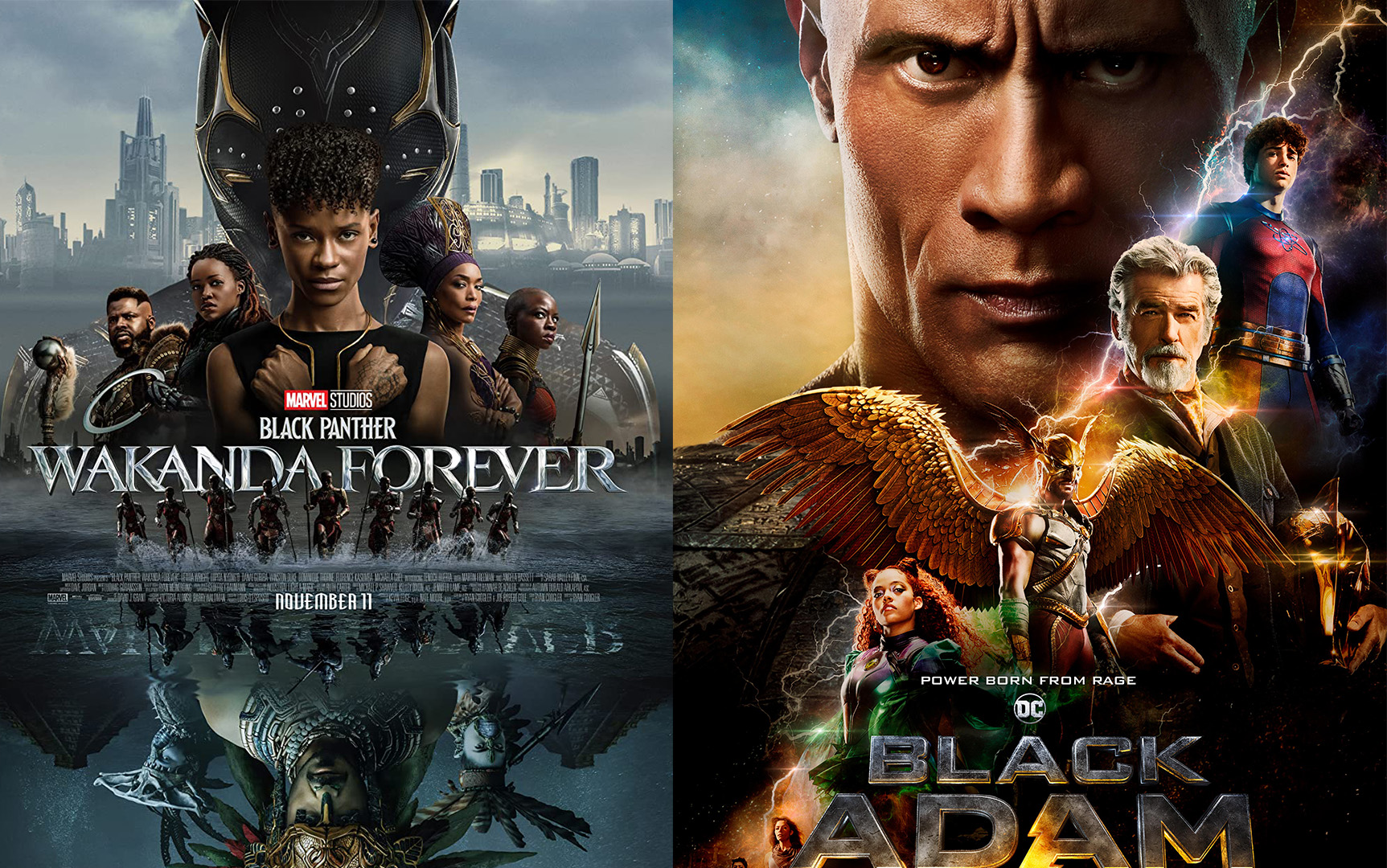 Raking in $330 million, Black Panther 2 has had a roaring opening weekend at the box office worldwide and while DC’s Black Adam has managed to hold its ground, the Dwayne Johnson starrer feature film’s earnings already pale in comparison to the Ryan Coogler helmed MCU sequel. In fact, The Rock also praised the Wakanda Forever cast for the movie’s huge success but the comic book movie community is more interested in discussing the two film’s financial gains from their theater run.

With the release of Black Panther: Wakanda Forever, the question of Marvel vs. DC rivalry has popped up in social media dissent, again. However, based on the stats, there seems to be no competition between the two studios since DCU’s current performance among moviegoers is nowhere as big as Marvel Studios’ MCU movies. And any doubts over statements like the above can be shattered by looking at Black Panther 2 and Black Adam.

In a matter of a month, The Rock’s first entry DC Film, Black Adam has globally earned $352 million. But Black Panther 2 has become the biggest movie ever to open in November after pulling in $180 million domestically, as predicted and $150M internationally after a three-day run, as Deadline reports. Many Marvel fans pointed out that Johnson, a star whose movies are known for attracting audiences of all ages has been dominated by the Black Panther sequel which features Letitia Wright in the titular role, a little-known actress. Readers can check out reactions below.

A huge congratulations to the entire #BlackPanther TEAM, @MarvelStudios @DisneyStudios
Biggest opening ever for the month of November 👏🏾👏🏾👏🏾👏🏾 💪🏾🥃
That’s a lot of happy movie goers around the world.
Beautiful!!! Can’t wait to see the movie.
~ #BlackAdam

There is no Marvel vs DC. A rivalry means being competitive. DC still isn't there yet. And maybe they just never will be.

not him tagging Black Adam on this? 😭 https://t.co/QUR8zCMXUm

Saying “a movie starring Letitia Wright” is a MASSIVE oversimplification and you know it https://t.co/VjAeSCrGpp

That's the whole box office collection of Black Adam in one weekend https://t.co/uqkXH6fGnU

Black Panther almost surpassing Black Adam in its opening weekend is quite something. The latter was released almost eight weeks ago. pic.twitter.com/q3FyHJqNDv

Glad to see that the Marvel vs DC narrative isn't a legit thing.

Ya'll swore up and down BP would erase this movie from the B.O but here it still is. The audience enjoyed Black Adam, it wont make a gazillion dollars but it will see a solid finish. https://t.co/hi3yJEatzn

Marvel Studios has grown into a behemoth over the year and although the DCEU has had a strong fan following online, the fandom hasn’t helped grow the box office numbers, largely due to the pandemic being a hurdle for movies like 2021’s The Suicide Squad. But the new regime’s leader, David Zaslav understands the reality of business. The WBD CEO also acknowledged in a recent podcast interview that “When you compare DC to Marvel, Marvel is seven, eight, nine times bigger”.

The new leadership at WBD is hoping to bank on the DCU’s trinity characters like Superman, Batman and Wonder Woman which explains their commitment to making a Man of Steel 2 with Henry Cavill. However, with the hiring of James Gunn to lead DC Studios, the director along with veteran producer Peter Safran is already mapping out a 10-year plan for DCU brand stretched across Film, TV and animation. But where does this leave the Black Adam franchise as well as the JSA? It’s unclear at the moment.

Meanwhile, Black Panther 2 looks to enter the $1 billion club but can it surpass the first film’s earnings? That remains to be seen, especially since a section of fans are campaigning to Recast T’Challa after their disappointment in the explanation offered in the movie for the Wakandan King’s untimely death.