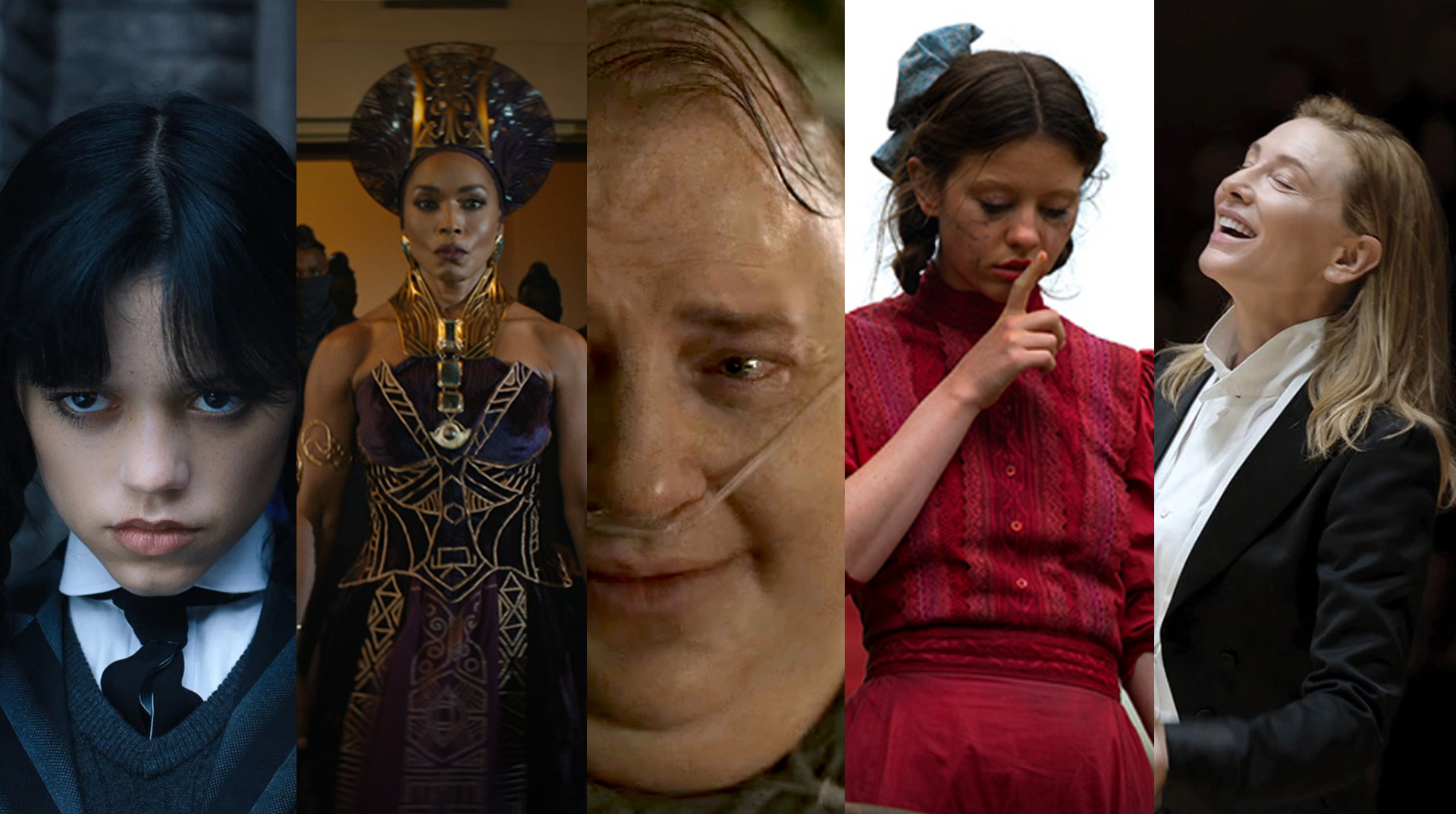 From nominating deserving candidates like ‘Tár‘’s Cate Blanchett to major snubs like Pearl star Mia Goth – Golden Globes 2023 is off to a good start considering the major conversation driver on social media remains about 2022’s best features & TV shows rather than being overshadowed by the HFPA’s racial scandal in 2022. Even so, the awards committee has still received flak for failing to nominate audiences’ favorite performances and titles, so here’s a highlight of the best announcements from the Golden Globes 2023 nomination list and what the internet has to say about the snubs.

For starters, cinephiles were pleased to know the HFPA-led 80th annual Golden Globes Awards had not failed to notice 2022’s popular sci-fi Indie. A24’s Everything Everywhere All at Once has bagged a whooping six well-deserved nominations while Searchlight’s The Banshees of Inisherin came on top with eight. Though in terms of series, Abbot Elementary leads the Golden Globes with five nominations.

The surprise addition to the Golden Globes 2023 list was James Cameron’s Avatar the Way of Water with the director earning a nomination as well as the feature for the best motion picture. The movie is yet to release with a premiere date set for December 16, 2022, though the latest round of positive reviews from critics suggest it’s a well-earned nomination for Disney’s 20th Century Studios. But here are the actors and titles that Film Twitter has been more vocal about since Monday’s nomination reveal.

As critics pointed out after the premiere of Black Panther 2, Angela Bassett’s emotional performance as Queen Ramonda has the comic book movie community convinced she deserves an Oscar. But for today, they settle with watching Bassett’s name under the Gloden Globes’ Best Actress in a Supporting Role category.

Definitely my FAVORITE Golden Globes nomination this morning is Angela Bassett making it into Best Supporting Actress, YES! Loved her work in Black Panther: Wakanda Forever, and I hope this translates to a much deserved Oscar nomination! pic.twitter.com/S3dU2XqtuR

In her 37 year career, there isn’t a single project Angela Bassett hasn’t been amazing in, and the lack of awards she’s received???? FAR TOO FEW https://t.co/3meBRG6N4V

in honor of cate blanchett’s 12th golden globe nomination: here’s her winning it after her first nomination, which is the most precious thing you’ll see all day. pic.twitter.com/Xe2QUgXdg2

Unraveling the professional and personal life of pre-eminent concert conductor and EGOT winner Lydia Tar required the best of Cate Blanchett’s skills – from learning to use a piano to receiving lessons on opera to sing Wagner. There’s no question her performance in Tar is befitting to be her twelfth Golden Globe nomination.

Talk about feminine rage going unnoticed! Mia Goth’s unsettling yet beautiful portrayal of an unhinged farm girl set in 1918 brought a unique twisted take that’s been missing in slasher films of late. But even her eight-minute monologue from Pearl’s final cut has failed to persuade the HFPA.

Well… after today's golden globes nominations it's obvious that Mia Goth it's not going to receive any nominations in any award show for ‘Pearl’ as they did with Toni Collette in ‘Hereditary’. pic.twitter.com/X05sBzlXEC

ill not accept a life WITHOUT a Mia Goth nomination on the golden globes 🙁
pic.twitter.com/ajrzz5msOg

Jenna Ortega’s “woe” full performance as Wednesday Addams in Netflix’s Wednesday has already found a new fanbase to the likes of Stranger Things. And for that matter, Ortega’s dark charm may have rubbed over the HFPA committee as well. The Scream queen’s first Golden Globes nomination may as well be her win too, or at least that’s what her fans are hoping for.

The RRR fever continues this Award season and the Golden Globes 2023 keeps the nomination streak going for the Telugu blockbuster. While director S.S. Rajamouli’s name was listed under LAFCA, the feature has only earned two nominations under Non-English’s Best Picture and composer M.M. Keeravani for the Naatu Naatu song. Still, it’s being seen as a sign that RRR’s dream of an Oscar nom is closer.

Thanks to the jury at @goldenglobes for nominating #RRRMovie in two categories. Congratulations to the entire team…

Thanks to all the fans and audience for your unconditional love and support through out. 🤗🤗🤗

the hollywood foreign press association took a look at this clip and said selena gomez is taking it #goldenglobes pic.twitter.com/KE0tNtHyrx

WE COULDN'T BE PROUDER🫶🏽 pic.twitter.com/pKp7DzkoWV

Yes, we notice Bob Odenkirk’s name on the Best Actor list but the heartbreaking snub tradition continues for Rhea Seehorn. After the star’s 2022 Emmy snub, her impeccable performance in Better Call Saul has been overlooked by the Golden Globes as well.

Rhea Seehorn is yet again not nominated for another major award. #GoldenGlobes
pic.twitter.com/oBD21pgIYC

Golden Globes: Rhea Seehorn, Better Call Saul. What do you need, a roadmap?

Did the #GoldenGlobes really not nominate Rhea Seehorn for her performance in the final season of #BetterCallSaul? And can we talk about how emotionally raw and mesmerizing her scenes were in the second half of the season? pic.twitter.com/rlE430DgA3

If the six-minute standing ovation at Venice Film Festival for Brendan Fraser’s acting in The Whale was any indication – it was evident the classic action hero’s return to the big screen would be followed by much praise. As expected, Fraser’s portrayal of a depressed morbid person in The Whale has won him a Best Actor nom. But the star will still not be attending the ceremony in protest over his previous revelation of his sexual assault by former HFPA president Philip Berk.

Everyone be like Brendan Fraser this season and tell the Golden Globes to fuck off.

after what they put him through, the golden globes even mentioning Brendan Fraser's name is disgusting

…not caring about the Golden Globes.