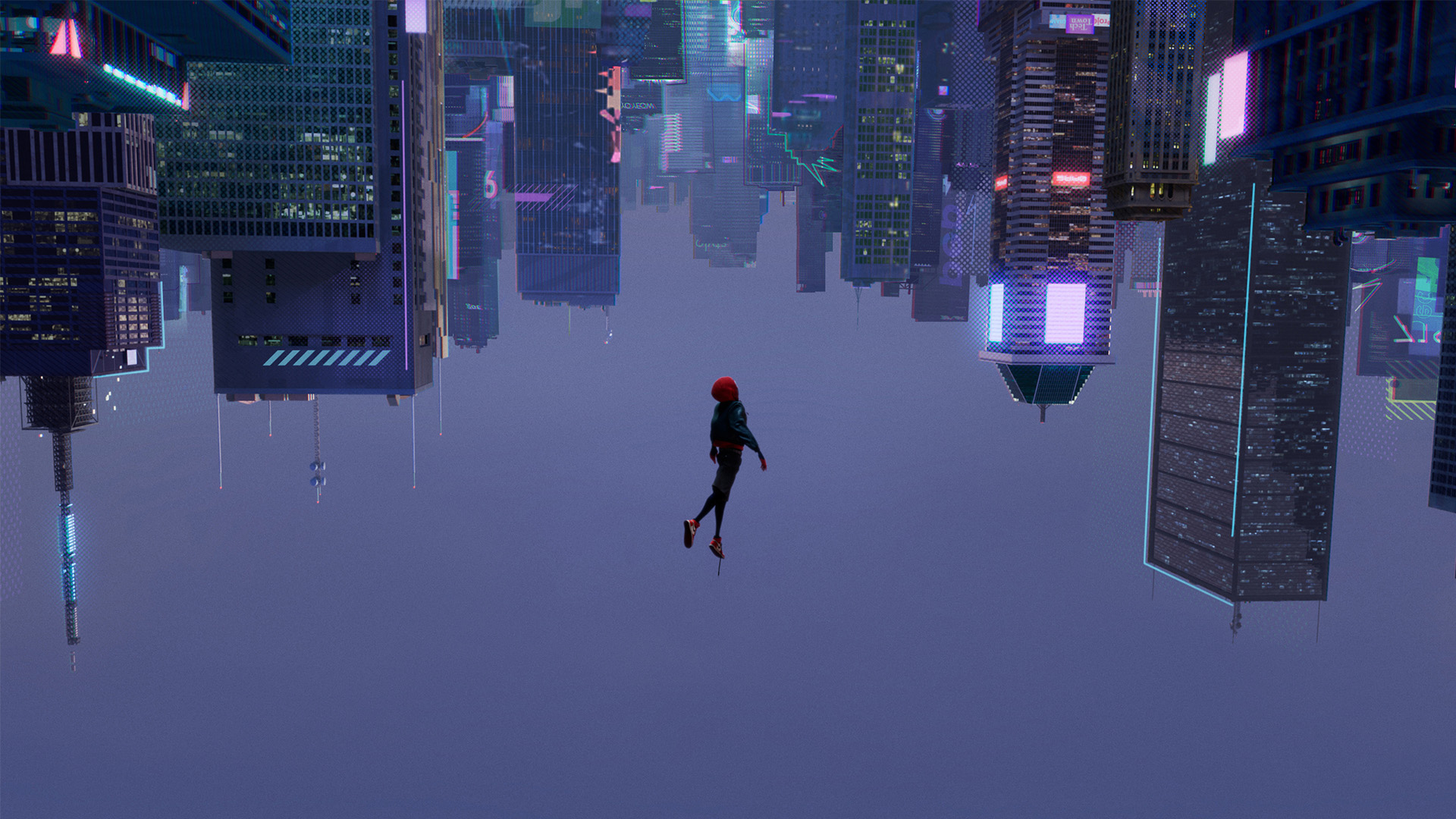 Still from Spider-Man Into the Spider-Verse

Spider-Man is undoubtedly one of the most iconic comic book superheroes of all time. The world even celebrates National Spider-Man Day on August 1 every year. Well, this year Sony Pictures celebrated the day by sharing a new image for the upcoming animated Spider-Man: Into the Spider-Verse.

The picture shared on Twitter by Spider-Man: Into the Spider-Verse producer, Chris Miller features Shameik Moore (The Get Down) as Miles Morales gazing through Peter Parker’s different Spider-Man suits.

You can check out the picture below.

Notably, the three different Spider-Man suits showcased in the picture were worn by the web-slinger during his various villain encounters over the years. The suit in the middle is Spider Man’s classic blue and red costume, while, the two on either side have some interesting stories attached to them. The leftmost suit appears to be the Electro-Proof suit that Peter wore in a mission to stop Electro. The suit debuted in Amazing Spider-Man #425 in 1997. The rightmost suit is Spider-Man’s Secret Wars suit, which he wore during Secret Wars as part of S.H.I.E.L.D’s covert mission to overthrow the Latverian government.

The animated film follows the story of a teenager boy named Miles Morales who lives in Brooklyn. When Morales meets Peter Parker aka Spider-Man, he learns that he possesses powers similar to the web crawler. Parker mentors Morales to become the next Spider-Man. The upcoming movie will introduce the Spider-Verse, where more than one Spider-Man exists.

Spider-Man: Into the Spider-Verse will open in theaters on December 14, 2018.

What do you think of the new Spider-Man: Into the Spider-Verse picture? Share your thoughts in the comments below.

Apparently it’s #NationalSpiderManDay which sounds like a legit holiday so I’m taking the day off work. Here’s a new still from Into The #SpiderVerse 🕷️ pic.twitter.com/KlFmK9BKbQ