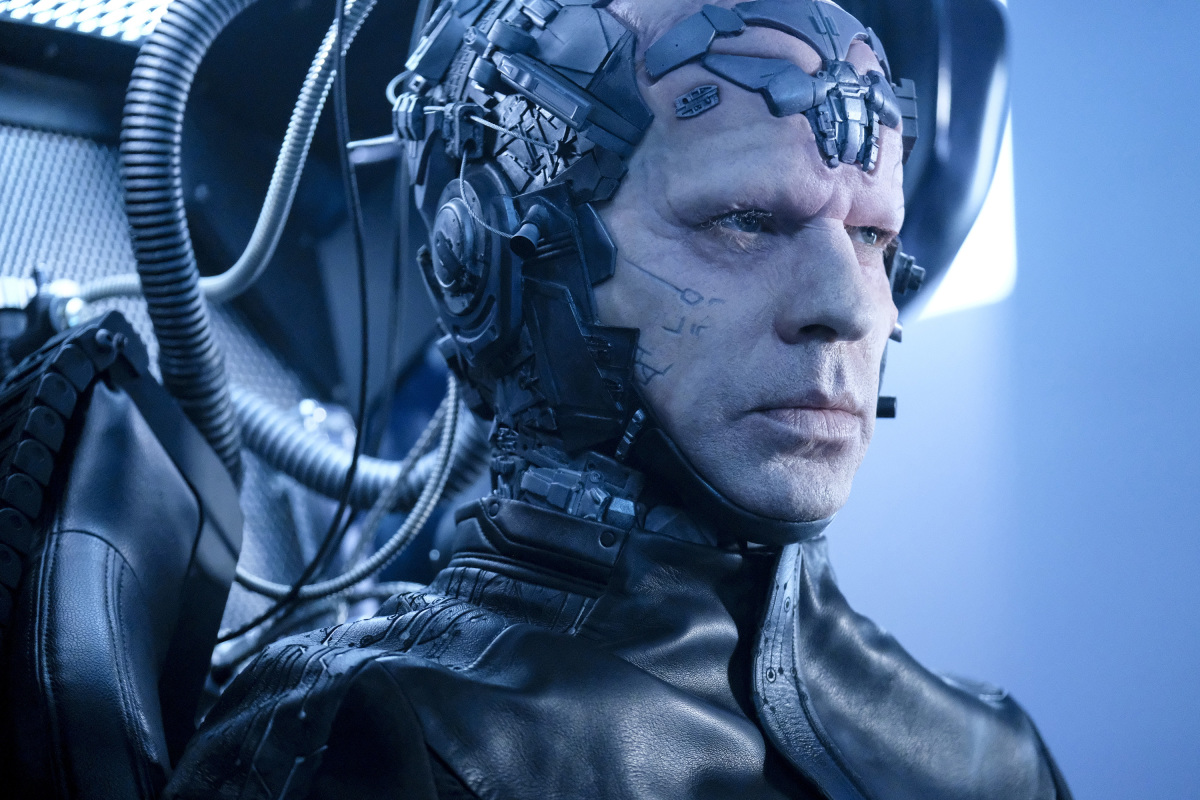 The Flash -- "Luck Be a Lady " -Pictured: Neil Sandilands as The Thinker -Photo: Robert Falconer/The CW --© 2017 The CW Network, LLC. All rights reserved.

With only one episode left on The Flash Season 4, The Thinker is moving fast with his plan. In tonight’s episode, Clifford DeVoe appeared and began his enlightenment using Eobard Thawne’s Gideon. Team Flash has only a few hours left to stop The Thinker from gaining full control and complete his Enlightenment.

The Flash Season 4 finale debuts next week and it will see Barry Allen and his team members put up one last fight to stop DeVoe. This time, however, they have an unexpected ally with them to join the battle against the big bad.

In the penultimate episode, Iris successfully convinced DeVoe’s wife, who has previously been a big part of his plan, to join hands with them and save the city from destruction.

The CW has released a promotional trailer teasing the events from The Flash Season 4 finale, episode 23 titled “We are The Flash.” The clip showcases the impact of DeVoe’s enlightenment. As he takes over the satellites, the network is gone, not even cell phones are working and there is chaos in the city.

Barry decides to get into DeVoe’s mind in order to stop the process. Barry gets trapped in DeVoe’s mind and there is no escape for him. Scroll down to watch the full trailer.

Meanwhile, the synopsis does not reveal much about the plot of The Flash Season 4 finale. It only hints at a “surprising ally” for the Team Flash in the battle against DeVoe.

At the same time, fans can look forward to answers related to the mystery girl. Jessica Parker Kennedy’s character has made several appearances in The Flash Season 4 without revealing her true identity.

“Her role is especially to lay down these little clues, these little breadcrumbs for the viewers that ultimately start paying off in terms of establishing a trajectory to season five,” The Flash star Carlos Valdes recent revealed in an interview with Entertainment Weekly. “So that’s I think what’s going to be the big pay off when we reach the season finale.”

The Flash Season 4 finale airs May 22 on The CW. Be sure to keep visiting Pursue News for more information and updates.

‘Supergirl’ Season 3 Episode 19 Promo Unmasks James’ Guardian Identity
The Walking Dead: Chandler Riggs Reveals Why Rick Spared Negan’s Life
We use cookies to ensure that we give you the best experience on our website. If you continue to use this site we will assume that you are happy with it.Ok